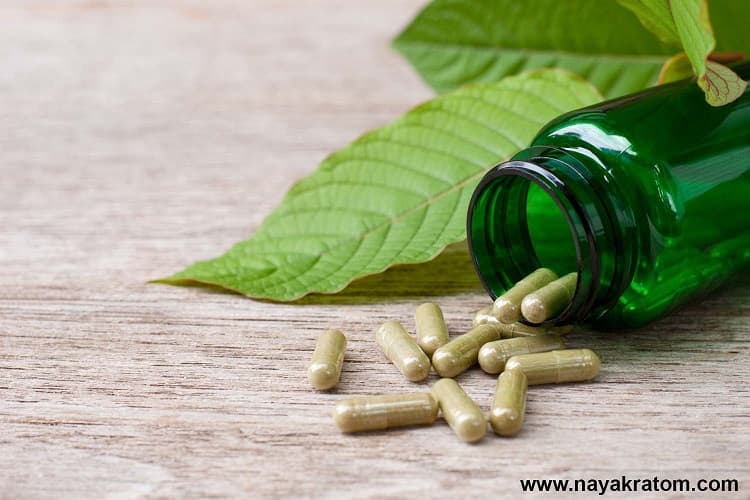 Kratom (Mitragyna speciosa) has become increasingly popular in the West, particularly across the US. It contains two powerful alkaloids, 7-hydroxymitragynine and mitragynine, that produce a psychoactive effect in the body.

While many believe that kratom can be used safely to treat certain conditions, research suggests that it can lead to adverse effects when taken in high doses or in conjunction with other substances. In addition to this revelation, there has also been a growing concern about identifying signs of kratom high and knowing how long they last.

This article will explain if you can get high off kratom and suggest optimal ways to use kratom to avoid dependence.

Some Basics About Kratom

Kratom is a tree native to Southeast Asia, where it has been used for centuries by people in Thailand, Malaysia, Indonesia and Papua New Guinea.

It is often consumed as a herbal supplement or tea but can also be smoked, eaten or brewed into tea.

People use Kratom for many different reasons. Some find this herb beneficial for discomfort, and sleep issues, while other users enjoy its calming and sedating effects.

There is limited research on kratom, due to which it’s not regulated by the FDA for medicinal purposes. Moreover, the DEA has listed kratom as a drug of concern because of potential abuse, which is yet to be explored further.

What Happens When You Use Kratom?

Many enthusiasts have benefitted significantly from using kratom and report its promising effects on various platforms online, such as Reddit and Erowid. According to the limited scientific studies and multiple user reports on Erowid, kratom results in the following positive effects:

As with any other drug, kratom can also lead to some side effects like:

Kratom users have also experienced other concerning effects after using the herb. For example, kratom may cause interactions with some drugs and medications and lead to adverse effects in people with comorbidities. Moreover, with consistent use of kratom, it’s normal for users to experience tolerance and may need increased dosage, which can become a problem if unchecked.

How Kratom Compares to Other Drugs

Are the positive effects of kratom more or less than the adverse effects?

Is kratom relatively mild as compared to other drugs of concern?

Let’s explore the answers to both these questions by referring to an article published by The Washington Post, which analyses users’ reports based on the ratio of positive and negative experiences.

According to the article, kratom users experience less negative effects when compared to more familiar substances like marijuana and alcohol. And though kratom’s adverse effects do outweigh its positive effects, it’s still mild and pleasant relative to other concerning drugs.

Signs Someone is High on Kratom

The signs of being high on kratom depend on the dose consumed. We know that low doses of kratom lead to stimulating effects, while high doses are likely to make a person feel relaxed and sedated.

Someone who has used kratom may appear more social, alert, focused, and talkative to other people. They may also experience a higher than the normal sex drive. People who take a low dose of this drug may be able to perform physical labor or activities they wouldn’t have been able to do otherwise, making it a valuable drug for many people. In addition to the above effects, taking low-dose kratom may also decrease appetite.

On the other hand, someone trying high doses of kratom experiences sedative effects like relaxation, dizziness, euphoria, and reduced discomfort. However, taking more than 5g of kratom could lead to side effects, especially in people who are not tolerant of kratom.

People who take high doses of kratom (over 5-10g) on a daily basis can develop a dependence on the herb. It is considered an addictive substance and may result in symptoms similar to other drugs.

Users who keep their kratom usage unchecked may develop signs of dependence or addiction, which causes withdrawal symptoms if they stop using it. They may show dependence signs like:

It is fair to explore the myriad of benefits that kratom offers. Though you need to make sure you’re using it safely and optimally. Before diving into your dose, it’s essential to keep a few things in mind to keep your usage in check and avoid unwanted effects.

Choosing the right dosage of any drug is crucial to its consumption. Your dosage will vary depending on your experience with the herb. If you’re just starting out, it’s recommended not to exceed more than 5g of kratom to avoid side effects.

The more you use kratom, the more experienced you will become, which will help you navigate your usage within safe limits. If you’re an experienced user, you may take 5-10 g of kratom per day based on your tolerance levels, but it’s vital that you keep your health in check.

With kratom being sold off widely across local and online marketplaces, there is a high chance you may come across unauthentic products. These products are not lab-tested and tend to contain a high amount of other harmful substances.

When buying kratom, it’s important to buy it from trusted vendors who sell third-party lab-tested products, which are also certified by the American Kratom Association (AKA).

Kratom comes in three different strains, and their effects vary from mild to potent. Red vein kratom is more powerful and leads to stimulating impacts. In contrast, the green vein has mild soothing effects on the body. Finally, the white vein produces a combination of stimulating and relaxing effects.

Choose a strain based on your preference and need of the hour, and make sure you avoid substances that may react with kratom.

Keeping your health in check

Using any drug comes with side effects, even if they’re milder than others. Most of the time, people start using kratom as an alternative to other hard drugs to taper off and avoid sudden withdrawal. But if you choose to use kratom for recreational purposes, prioritize your health and get a clearance from your medical practitioner, especially if you’re on medications or other drugs.

Signs of being high on kratom may appear anywhere from mild to concerning. They may appear similar to those of other drugs but to help you identify the signs, they are

That said, being high on kratom doesn’t always mean that the person is addicted. Keeping your health in check is crucial to avoid unwanted effects and dependence when using kratom.

Does kratom get you high?

Though kratom is mild compared to other substances, it can get you high when taken in large doses.

Why does kratom make me feel high?

Kratom is a psychoactive substance that has two potent alkaloids, mitragynine and 7 hydroxymitragynine. These substances act on the opioid system in your body and lead to soothing and sedating effects, which can make you feel high.

What are the kratom strains that can get you high?

The red kratom strain is the most potent of all kratom strains and can lead to a high. The white kratom strain produces a combination of mild and sedative effects and could also get you high if used in high quantities.

How long does the kratom high last?

Kratom highs usually last between 2 and 5 hours after taking the substance. However, the duration of kratom’s effects varies by dosage, with larger doses lasting longer than smaller ones.

What does a CBD high feel like? How does it compare to kratom high?

CBD or cannabidiol does not make you feel high because it’s not psychoactive in nature. Instead, CBD produces calming and relaxing effects in your body and could help you sleep better, reduce your worries, and help with uneasiness and inflammation.

To answer the second question, kratom is a stimulant, while CBD is a relaxant. Even though both drugs may lead to some psychoactive effects, kratom tends to have more potent effects.

Is there any relation between kratom and high blood pressure?