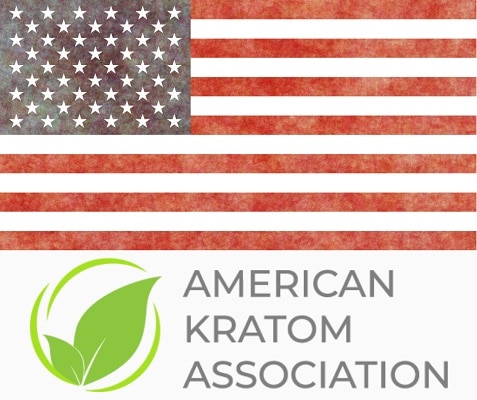 If you have been a kratom user for a while, or have looked up kratom online, you have probably seen the acronym AKA before. Here’s what you need to know about the AKA.

A large number of Americans depend upon natural kratom for their well-being and health. With growing numbers of kratom users in America, the FDA has become alert. And it is using incomplete science to preclude the manufacturing and distribution of kratom.

What is American Kratom Association?

AKA stands for American Kratom Association – a non-profit organization that works to educate people on kratom and make it legally available for the consumers. It was formed by kratom consumers, not vendors. It’s aim being ensuring that Americans can use kratom safely and confidently for the purposes they choose. If a person decides to replace a pharmaceutical drug for a herbal supplement, they should be able to do so.

The American Kratom Association was shaped to sort out and speak to a network of mindful shoppers, give the overall population explanation on issues of well-being and health where Kratom could play a significant part, teach administrators and controllers and promote scientific research endeavors.

But why are they doing it?

AKA believes that kratom has had a positive influence in relieving the ache and misery in many peoples’ lives. And they fight for general public’s freedom of how they choose to eliminate their ache – both physical and mental.

How does AKA fight for legal kratom?

To protect peoples’ liberty, kratom has taken a stance by focusing on:

Supporting consumers: one of their goals is to push the political and private entities into making consumer needs a priority. AKA realizes that many people need kratom for their physical and mental well-being and is working to protect their rights even if they don’t know AKA!

Education: AKA is driven to eliminate misconceptions and misinformation about kratom.

Safety: if subpar kratom is supplied to the masses resulting in complications, a ban on kratom will become imminent. AKA is preventing this by coming up with its standards for safe kratom. AKA is a firm supporter of law enforcement authorities to take actions against illegal and dangerous road drugs, artificially produced analogs of kratom alkaloids, and poisonous substances blended in with kratom.

Global awareness: they hope to display responsible consumer ethic and scientific knowledge when other countries start to look into kratom legislation.

Their mission and works

Education: those who are new to kratom might think that it is a medicine. This is wrong because kratom is an all-natural herbal supplement. And AKA is driven to explain to the masses what it is really is. Through their website, webinars, social media accounts, and other information sources, they constantly strive to provide facts to those who are interested in kratom.

AKA is working hard to protect the legal status of kratom. As of now, kratom is legal in all but 4 states of America, but that could change in the future. Kratom is in a hazy situation right now as it is not recognized or regulated by the FDA. This implies that they could, whenever incited, ban kratom. They would obviously have to give strong reasons for doing so, but many consumers dread this may occur.

AKA advocates safe and legal use of kratom. In addition to pushing forward the Kratom Consumer Protection Act, they are working to ensure that kratom export from Indonesia is not banned. 95% of the world’s kratom supply originates from Indonesia. If this ban is implemented, it will be a devastating news for the kratom consumers in the US.

AKA recognizes that the most efficient advocates are the consumers themselves. They have created a toolkit of documents that advocates can study. So that they are fully equipped with the most relevant data before speaking with legislators.

Latest news and issues regarding kratom

If you want to interact and learn more about kratom from other consumers and advocates directly, consider signing up for their forum.

One of the most efficient way to stay up to date on all news related to kratom is to visit AKA’s updates section.

AKA’s truth in labeling program: if a consumer witnesses suspicious marketing of a kratom product, they can make a complaint on the website by filling out a form. AKA reviews the complaint and any evidence from social media advertising. If the vendor is found in the wrong, appropriate measures are taken to stop impermissible advertising.

Kratom and COVID-19: AKA issued a release stating clearly that kratom is neither a cure nor a preventive corona-virus remedy. Kratom can boost the immune system, but it would be misleading to promote it as a treatment for COVID-19.

Follow the Science: not only does AKA provide data on kratom, but it also backs up their claims by scientific research materials. Regardless of whether you are one of the huge numbers of Americans who depend on kratom for wellbeing and health, a producer or wholesaler looking for information, or a medical worker searching for genuine science regarding kratom, the AKA is your accomplice in finding the research that you need as well as in remaining ebb and flow on the most recent data.

AKA works regularly with the media, academia, scientific community, and policy thought leaders to support continued research into kratom and its benefits.  And then, it also disseminates relevant and accurate information to the public.

AKA launched their own Good Manufacturing Practice (GMP) standard program to ensure the provision of safe kratom to the consumers.

Little-to-no lab testing and manufacturing regulations in the past lead to the release of kratom contaminated with heavy metals to the public. This not only harmed the consumers but also gave a bad press to kratom.  If this goes unchecked and is allowed to repeat, the ban on kratom will become unavoidable.

AKA has taken an initiative to ensure consumer safety and confidence in using kratom for their well-being. AKA certified vendors have to follow strict manufacturing and processing procedures and undergo a yearly audit (by a third party) to ensure that FDA GMP standards are met.

To qualify a company will need to test every production lot of kratom, assuring it is free of microorganisms of public health concern, as well as disclose the quantity of the mitragynine and 7-hydroxy mitragynine alkaloid in the product.

We hope that every kratom vendor will join hands with AKA for this initiative of safe and regulated kratom processing.

Kratom Warriors: stories of people who changed their lives for the better by using kratom

AKA is trying to pass the Kratom Consumer Protection Act across America. And they have realized that displaying how kratom saves lives is going to help with that. They have requested testimonial videos from real kratom users to explain how kratom is beneficial for them.

Kratom has played a beneficial role in the lives of many consumers, and it is evident from videos that it can even be life-changing for some.  You can watch those short videos on their website, or better yet, upload your own if you have been a kratom consumer.

AKA donations and fundraising

AKA can move ahead with their mission owing to the support and donations made by people who have one thing in common – passion for kratom. The contributions go towards the cause of maintaining a competent legal firm, an expert lobbying team, and a public relations firm – all of which are pushing forward to keep the kratom legal. Supporting them – whether financially or through becoming a part of their mission, will help them to can continue with their advocacy.

Is kratom really safe to use?

The effects produced by kratom are similar to opioids, this might ring an alarm in the minds of people new to kratom. However, it causes ache relief without the respiratory depression (that occurs with opioids). Therefore, the risk of overdose death from opioids is 1000 times greater than that for kratom.

How can I help AKA as a Kratom retailer?

You can join the AKA Retailer Program to become a part of the AKA supporters willing to join fight. You can also contact them by filling a form on their website to get the latest brochures on kratom. You can print them and hand them out to the customers to help promote their cause.

How to get the latest news on kratom from AKA?

As mentioned earlier, the fastest way to stay updated on the latest news on kratom is to sign up for their forum.

For more information on the latest studies from the scientific community and updated reports from the AKA, check out the Media > Resources section on their website daily.

How can I help AKA to keep kratom legal as a kratom consumer?

To help keep the kratom legal in America, become a part of AKA’s #KRATOM SAVES LIVES movement. This will support them in their struggle of passing the Kratom Consumer Protection Act. Shoot a testimonial video (1 – 2 minutes long) telling how kratom has helped you in your life and upload it to Vimeo. They have a few tips on their website to make your video look the best and most professional. Don’t forget to check them out before filming!

Join the AKA in their fight for kratom, by visiting the ‘Join’ section on their website.

How to become an AKA certified vendor?

If you are a business that is looking forward to becoming a part of AKA, you have to fill an online form. The form will require you to enter basic information like your name, your company’s name and website, your state, and contact number.

Once you register, you will become a pending participant in their GMP program. After completing the 3rd party audit, you will officially become an AKA verified vendor. It is that simple!

When you sign up with them, it is totally up to you if want to share the kratom advocacy information and a link/widget on your website or not.